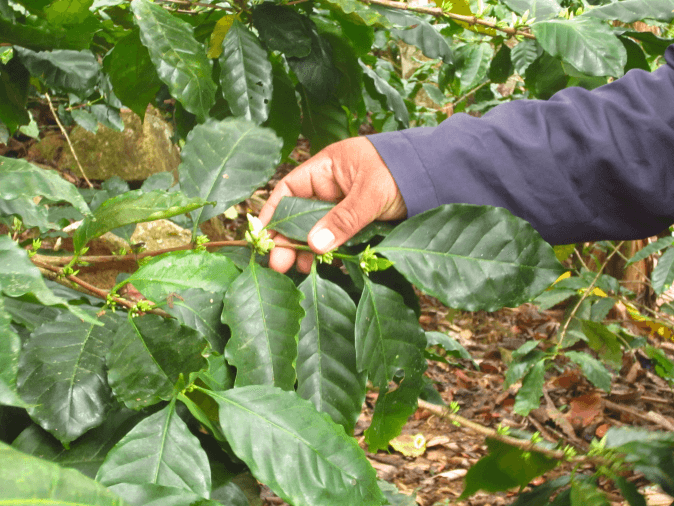 The Muslim population of a group of islands in Southern Philippines would argue that they never fully succumbed to Spanish colonial rule and that the dominant Filipino Catholic national identity leaves no room for the unique expression of their religion and traditions.  With less than one tenth of the income per person of the rest of the Philippines, Mindanao’s massive socio-economic disparities reinforce its religious and ethnic cleavages.  As a consequence, Mindanao has suffered violence and insurgency for generations.

Yet Mindanao also possesses unique business opportunities that may present ways to increase cooperation and build social capital among these rival communities that live side by side on the island.  One of those opportunities may be coffee cultivation and processing.  BOTFL’s partner was a faith-based international NGO with long standing relationships with USAID.  The partner asked to evaluate whether or not it was in their best interests (and in the best interests of the people they served) to apply for a renewal of a USAID grant to help coffee growers.

Mindanao’s climate, soil, and high elevation combine to create conditions ideal for high quality Arabica coffee cultivation.  Indeed, more than a century ago, the Philippines were the fourth largest exporter of coffee in the world.  However, due to the coffee rust disease epidemic in 1889, the coffee oversupply in the 1960s and subsequent price collapse, followed by volatile international commodities markets in the 1980s and 1990s, current coffee production meets barely half of Filipino coffee drinkers’ needs.  One could argue that some of the basic blocks to build viable coffee businesses already exist; certainly, the vision to help the Philippines re-emerge as a major coffee exporter exists.  Generations of Filipinos have possessed the capabilities required for excellent coffee cultivation.  Cease fire agreements signed in 2011 in Mindanao among the combatants provide some semblance of the stability required for investment financing to follow the vision.  Thus, the climate for coffee growing is excellent in the Philippines, but coffee production had yet to achieve significant levels.  The NGO wanted to know whether there might be approaches they could take to improve production via funds provided by this grant.

The team did extensive research prior to the in-country visit to understand the operations of coffee farming, including the supply chains, logistics, and best practices. On the ground, they conducted extensive interviews with the farmers, as well as importers and exporters. They encountered first hand corruption as bigger agricultural businesses would convince local leaders, often with bribes or kickbacks, to stop growing coffee and grow other crops instead.
Traveling through the mountains and valleys of Mindanao, interviewing farmers, entrepreneurs, bankers, journalists, and other civic leaders, the team came away with several insights.  The value chain of coffee cultivation requires scale.  Although an individual farmer can plant, fertilize, prune and pick coffee cherries, traders or other middlemen take on the remaining steps including pulping, hulling, drying the beans and transporting them with larger equipment to marketers who roast them and then sell the finished

coffee to consumers.  Through the supply chain, the different steps add incrementally more economic value.  The question became what are the possible ways to organize farmers to gain the scale that they need to take on more steps in the value chain, thereby creating and capturing more wealth for themselves.  Although they represent the largest proportion of the population, even Catholic farmers in the various provinces of Mindanao could not collect the sheer scale of numbers needed to create viable coffee collectives – primarily due to the mountainous geography and limited transportation infrastructure.  Neither could the Muslim Moros communities nor the lumads (indigenous population) get to the required scale on their own.  The twin forces of geography and demography made these communities live side by side on proximate mountain sides and valleys.  As a result, successful coffee cultivation – here defined as subsistence farmers earning sufficient income to care for their families - required collaboration among communities of Catholics, Moros and lumads to gain the scale needed for efficient production.

Big business and small politics were barriers. The small coffee producers were competing with the interests of significantly larger businesses that could provide cash investments and turn profits quickly. Further, the mayors were benefiting personally from pushing products other than coffee.
As a consequence, the situation was dramatically different and far more complicated than what the team had anticipated. While they had planned to make a case for long-term investment, they now also needed to provide information about the other forces at play to the partner.

The team made two recommendations: first, regarding scale and potential partnerships, and second, around the conditions necessary on the ground for such ventures to have some probability of success.  The team focused on the NGO working to partner up with and expand the existing small initiatives of both Nestle and Rocky Mountain Coffee, who both help farmers organize cooperatives.  These programs enabled, encouraged, and perhaps even forced farmers from three formerly actively fighting communities to interact – based on their own self-interest – due the desire to sell produce at fixed prices, thereby limiting their downside risk and helping them provide for their families better.  Repeated interaction among members of the three communities through cooperative initiatives, such as the training programs, enables members to meet and build relationships with those from outside their community, overtime increasing the social capital among them.  Rising living standards and interactions across deep ethnic and religious cleavages helps provide the foundation for ongoing collaboration.

Second, the team identified for the NGO partner the political and social reasons coffee production was not taking hold. While they could not provide solutions for those problems, they did provide better information and insight in an attempt to start more meaningful dialogue.

From a student perspective, the BOTFL experience is invaluable since theoretical, linear problem solving methodologies are not always possible. Working across cultures and languages, the team learned to get information indirectly. They had to extrapolate information when they could not ask directly. Indeed BOTFL provided opportunities that students could not have anticipated, planned for, or found in other ways. An anticipated solution or approach will almost always have to change. A team member who moved into sales never knows the environment into which she is walking before she gets there. The ability to react to an evolving situation and pivot appropriately have carried forward directly into her work.  And thus, the BOTFL community, travel, practical experience, and opportunity for impact make BOTFL “the best of everything you could imagine in business school.” - Michelle Mellard, ND MBA 2012.

The international NGO continues to work with coffee growers.  This effort further pushed forward an internal discussion among NGO staff around cross-sector engagement with large multi-national corporations, with which they have had limited experience.