Guatemala - Expanding crop and improving the livelihood of campesinos 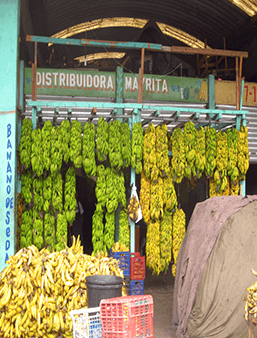 Populated mainly by extremely poor, indigenous people, who suffer high malnutrition rates among their children, Zacapa is in the “dry corridor” in the Eastern Highlands of Guatemala.  The Zacapa Valley also represents the main “high-way” for the trans-shipment of narcotics through Guatemala.  Very little governance or law enforcement is present in Zacapa, so much so that our local partners cautioned us, “that you only have to worry about the stray bullets.”  On the first morning in Zacapa, we stopped counting openly displayed guns at 50, and it was only 10am.  Indeed, estimates from the United Nations Office on Drugs and Crime, 100 guns are held in “private” hands for every gun that the Guatemalan police or army carry.  The conspicuous consumption and enormous homes of some residents showed the influence of narco-traffickers across the Zacapa Valley.

Having dedicated 30 years of his life to serve the poor in Guatemala, Monsignor Rossolino was the Catholic Bishop of Zacapa and a towering figure in the civic community.  Originally from Italy, Monsignor Rossolino not only learned the local indigenous languages but also translated the New Testament into Quiche.  He had also launched a successful cooperative for small-holder farmers when he was Bishop in the Western Highlands of Guatemala.  As we began to serve his Diocese, Monsignor Rossolino provided us with the advice, “Walk in the footsteps of the campesinos.  Not to understand their challenges, but rather to understand their hopes and dreams.”
Bishop Rossolino launched the Cooperativo Todos Hermanos in Zacapa with about 400 families participating.  Through his connections, the cooperative received a coffee processing plant from an Italian charity.  The cooperative had successfully sold its first shipment of coffee to Green Mountain Coffee in the US.  Since coffee requires shade to grow well, the Bishop asked the BOTFL team to investigate whether the cooperative should also get into the business of selling bananas as well, both the make coffee production more productive and as additional income to the 400 poor campesino families who were members of the Cooperative.

Prior to our work in Guatemala, the team held calls with our local partners and conducted extensive research on banana cultivation which led to the following hypothesis: the farmer’s current banana crop was far less than ideal – they could be producing a great deal more.   The farmers needed to increase their yields in both quantity and quality by employing modern cultivation methods, planting closer together, and exploring an organic certification for bananas.  Processes banana products could also be a possibility for the Cooperative – banana chips, baby food, etc.
With two members of the team fluent in Spanish, and with a local interpreter as well, the team divided up into three sub-teams to examine the economics of the banana supply chain.  One sub-team focused on cultivation methods and visited the farmer’s plots, as well as a Dole banana plantation.  Another sub-team focused on distribution – meeting with middlemen, visiting local markets, regional distribution centers, and larger city markets, including large buyers such as the local WalMart subsidiary.  A third sub-team focused on the possibility of producing banana products and visited a cooperative in the western part of the country that was selling both bananas and banana products (dried bananas).

No matter the BOTFL team’s research, data, market visits, cooperative discussion, banana plantation inspections, in the end, there was no way that bananas produced in the Zacapa highlands were not an economically viable option.  The mountainous geography meant that all agricultural products from the small plots of land needed to be carried on the farmer’s backs down the steep hillside paths.  Although this did not present a problem for coffee cherries, the transportation would badly damage bananas.  Furthermore, visiting local and national markets, not to mention retailers, it became clear that Guatemalan consumers preferred the sturdier type of bananas grown in Honduras and then imported.

When the team delivered this news to the cooperative staff – they sat, stunned.  The General Manager then expressed deep concern that their Cooperative was running out of cash, and thus, on the verge of bankruptcy.  During the discussion, he and his finance manager disclosed their organization’s financial distress.  The cooperative was paying off one loan with another – and would not be able to advance the farmers the funds they desperately needed to buy the fertilizer they needed for the next years coffee crop.  Having successfully sold one container of coffee to Green Mountain Coffee the year prior – it was very important that they stay in business to ship more coffee to Green Mountain again.

The team made multiple recommendations.  First of all, we recommended that the cooperative contact Green Mountain with regards to financing the fertilizer by putting down a deposit for the coffee they intended to buy at the end of the growing season.  The team found this was a common practice for Green Mountain when dealing with coops in other countries.  Further, the team also recommended that the coop get out of the business of lending money to the farmers – and pay off their loans.  The coop should also pursue an organic certification - but not for bananas – for coffee.  Finally, to generate further funds for the cooperative, the team recommended that the coop consider leveraging some of their existing assets, in particular its drying patio, dry mill, storehouse by renting them to other coffee harvesters in the Zacapa Valley.

The General Manager of the cooperative immediately began to rent out their drying patio to other coffee growers in the region, to generate cash, given their dire cash position.  Over time, the cooperative took the difficult decision to stop lending to their campesino families, even though there were limited banking alternatives for loans and savings.  Given the combination of these two decisions, enabled the cooperative to stave off bankruptcy, providing continuing livelihoods for the many compesinos.

Regrettably, the following year, Monsignor Rossolino was moved to become the Bishop of Quiche.  His departure robbed the cooperative of its most prominent leader and supporter.  In the absence of his leadership, within two years, the cooperative closed its doors.