Ghana - Ensuring the livelihood of a community once a mine closes 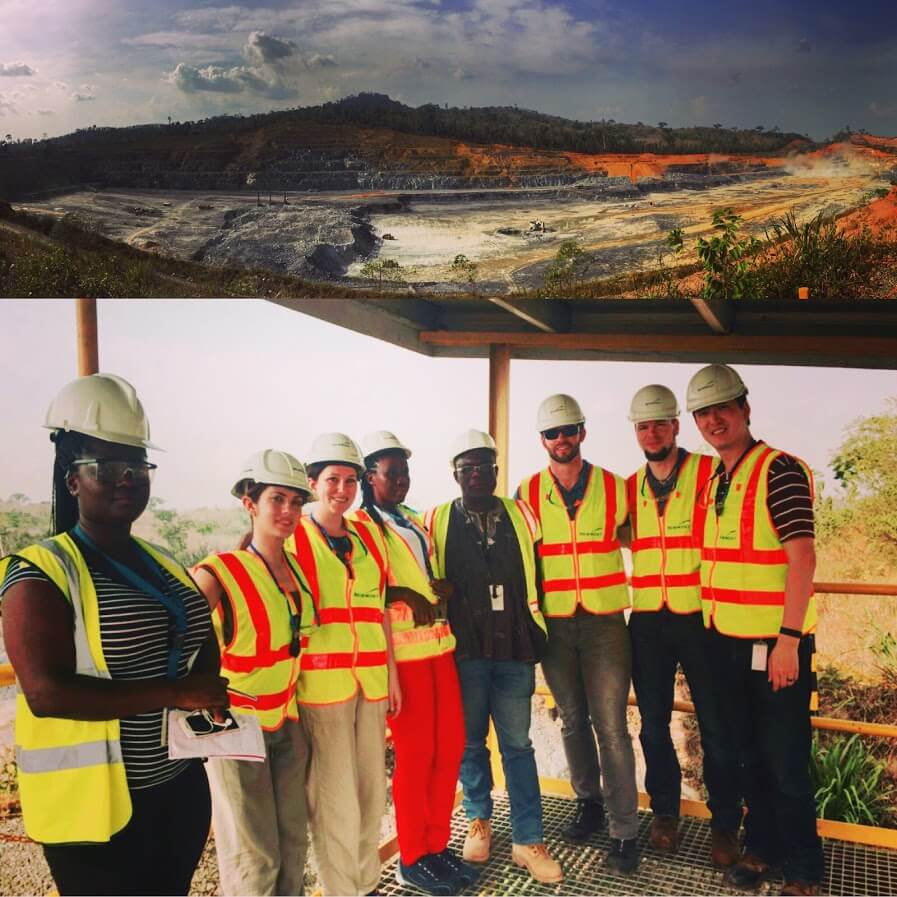 "BOTFL allowed me to grow so much, both professionally and personally. I couldn’t believe that a huge global mining company would ask us, a group of students, to help them solve their problems, but I found we were able to use our problem solving skills to confirm some ideas they already had and to come up with some new ones of our own - a really great feeling! The relationships I developed on my team, in the classroom, and with the client have all taught me a lot, and I will never forget this experience."

When a mine opens, it often becomes the central economic engine in the region. When the mine closes, the results are often environmental, social, and economic devastation in the region. Productive agricultural lands have been reduced, environmental hazards persist, and little remains to promote the social good for which the community likely depended on the mining company. Newmont Mining has made leading corporate social responsibility in environmental, anti-corruption, and social practices. However, overcoming the negative economic impact associated with mine closure evades a simple solution.

The central question, then, is how can Newmont Mining ensure the economic livelihood of the Akyem community beyond mine closure? Additionally, the World Bank has recently estimated that over twenty major mining operations are scheduled to close across Africa over the next two decades. As with its corporate social responsibility investments and reporting commitments, Newmont could become a leader in the extractive industry to establish best practices regarding economic livelihoods in mine closures.

The team met with many internal stakeholders at Newmont including directors, miners, engineers, social responsibility team members, human resources, Akyem Foundation members, and others. While visiting the mine, the team also met various groups from the local communities including the District Assembly, local Chiefs and Queen Mothers, youth leaders, local entrepreneurs. Finally, while in Accra, the team met with government entities such as the Environmental Protection Agency and Minerals Commission, potential partners such as First Allied Savings and Loan, and other corporate entities such as the Cocoa Board and General Electric. From these conversations many common themes, and potential opportunities emerged.

Through careful interviewing and research, the BOTFL team estimated the approximate negative impact of the Akyem mine closure on the surrounding communities.  Once the team determined the size of this as an economic “hole” to be filled, Newmont miners and senior executive quickly understood the implications. In the same way that the land needs to be reclaimed after a mine closes, economic markets and opportunities would need to be rebuilt.

For social improvements, Newmont had launched the Akyem Foundation to collaborate with local communities on their priorities – education, health, sanitation, water. Nevertheless, given the constraint that the Newmont Akyem Foundation focuses more on social projects, it was unclear that the Foundation could lead economic development efforts.  The question then became who would coordinate needed economic development activities in a timely manner?  Although Newmont senior executives asked the critical question of how the mine closure would impact the livelihoods of Akyem communities, additional research also pointed that Newmont could not become the agent of economic development.  As one of the Queen Mothers stated, the vision is to all be working together for the greater good.   A different entity would be needed to drive economic development.

The team recommended that Newmont act as the convener of a separate entity that would bring together the following capabilities local government, communities, economic analysis, and business development. Perhaps most centrally, Newmont can and should leverage its influence within Ghanaian society as the most effective convener of these parties, while working from day one to pass this responsibility on to this new economic development corporation.

In terms of specific economic activities, agricultural development would be the primary industry, particularly with cocoa cultivation and processing.  By using certified pesticides and fertilizers, as well as better land management and pruning methods, output per hectare of cocoa could potentially be doubled.  Cocoa processing could further double the value captured by local communities from the cocoa value chain.  Palm oil has similar potential. However, since cocoa and palm oil take multiple years prior to harvest, it will also be critical to address potential community food insecurity through cultivation of shorter term products like vegetables.

Beyond agriculture, the team recommended further pursuits. First, the physical plant and capabilities of Akyem mine could form the foundation for a local mining school.  Additionally, given the need for improved agricultural skill, an agricultural school could train local farmers. By engaging partners for a local school of mining and agriculture, economic value is created through tuition, skill training, and agricultural output. Second, as a developing economy, small and mid-sized enterprises are critical to many families’ livelihoods. Key partners in both skill training and micro-financing capital can address major hurdles to grow these businesses.

Urgency matters, lest the financial hole grows significantly faster than the new economic activity to fill it. Similar to “concurrent reclamation” in environmental responsibility, the story here must be “concurrent economic development”.  Newmont executives are debating internally what would be the most appropriate approach to investing in developing economic livelihoods for the communities they will leave behind in Akyem.