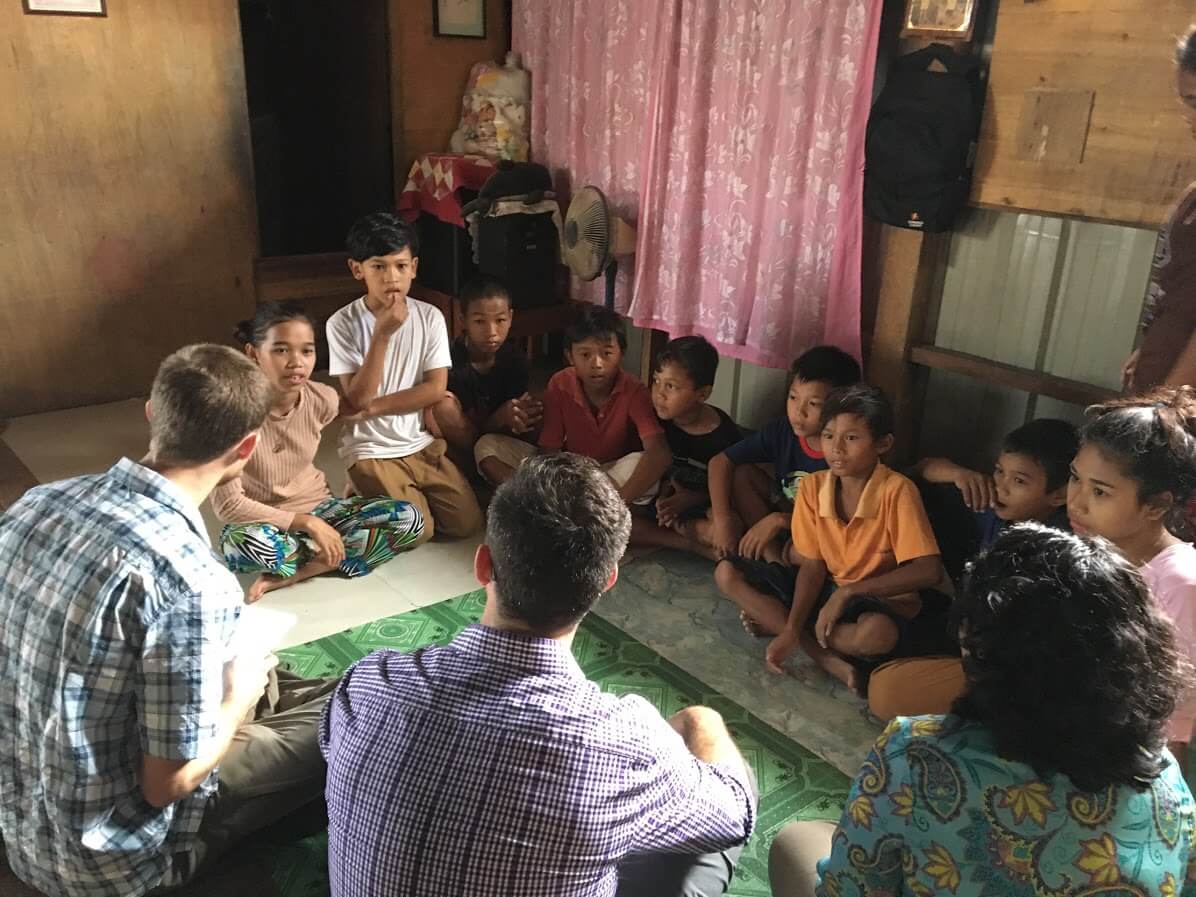 "BOTFL will have a lasting impact on the way I view the world, both for what the world is but also for what it may become. This class provided me with an opportunity to put to work all the skills I learned in the MBA program to serve a well deserving partner solving important problems. BOTFL truly embodies what it means to ask more of business."

The International Labor Organization defines child labor as any work that deprives children of their childhood, education and is detrimental to their physical and mental wellbeing.  In the Philippines, child labor can be broadly divided into three sectors, agriculture (~60%), services (~30%) and industry (~10%). Fully a quarter of Filipino children are employed in some sort of frequently hazardous work.

Mindanao has traditionally been an agricultural society where children are expected to be productive family members.  Multiple factors drive child labor in Philippines: acute poverty, natural disasters and socio-cultural norms.  Other factors like the education level of parents, ethnic and religious influences, high urban migration rates, and a willingness among business owners to hire children also play an important role in the persistence of child labor.

Our partner, World Vision, asked our team to conduct a case study of child labor in fishing and scavenging in three barangays (municipalities) in Davao City, Mindanao: Ilang, Tibungco, and Callawa.  The estimated population of these three barangays in 2017 was about 22,000, 43,000, and 3,000, respectively.  By analyzing labor rates from a UNICEF study, enrollment information from the Philippine Department of Education, and Davao City education participation rates, our team was able to triangulate that there are approximately 2,000 child laborers between ages 5-12 and 5,000 child laborers between 13-17 years old in the targeted barangays. The team also conducted an assessment of the successes and failures of other programs which have targeted child labor around the world.  Multiple studies of child labor have revealed a connection between parent’s education and income, and child labor.

While in Mindanao, the team conducted interviews with employers, teachers, government officials, other local NGOs, and families connected to child labor.  These interviews provided an in-depth understanding of family economics, and in particular, how an economic shock could force children to work.  The partner found how the team quantified the economic value of a primary school education to be especially valuable for their future programming.  World Vision also asked us to review existing Davao City programs related to child labor to assess their impact and effectiveness, and identify any gaps in coverage. The team examined linkages between child labor and child trafficking, education, and drugs and crime.  The team developed a thorough stakeholder analysis for this complicated social ill.

Without doubt, the issue of child labor in Davao City is controversial.  Current President and former Davao City Mayor, Rodrigo Duterte gained prominence for bringing economic growth to Davao City, for his radical policies against drugs, and for strict leadership.  His daughter follows in his footsteps as the current mayor.  In addition, Davao City has been recognized nationally as the most “child-friendly city” in the Philippines for five consecutive years.   Given these political pressures, many local officials do not acknowledge child labor as an issue.  The team determined, therefore, that an effective child labor program must be positioned as a program to address education or drug prevention for it to be politically advantageous for barangay captains to support publicly.

Our team recommended that World Vision build on its existing strengths as a child sponsorship organization to provide scholarship support to students and livelihood training to their parents.  For this program to be most effective our team sought to develop an analytical tool to predict which families are most vulnerable to child labor.  We also worked with our partners to identify funding sources for new programs.  Finally, the team is developing a playbook for garnering support from the stakeholders in Davao City.

World Vision has adopted the analytical tolls developed by the team and is currently developing programs in Davao City to combat child labor through education support for both parents and children.  World Vision leaders are taking great care to engage local community leaders and regional government officials to help shape politically-attractive ways of positioning such programs.