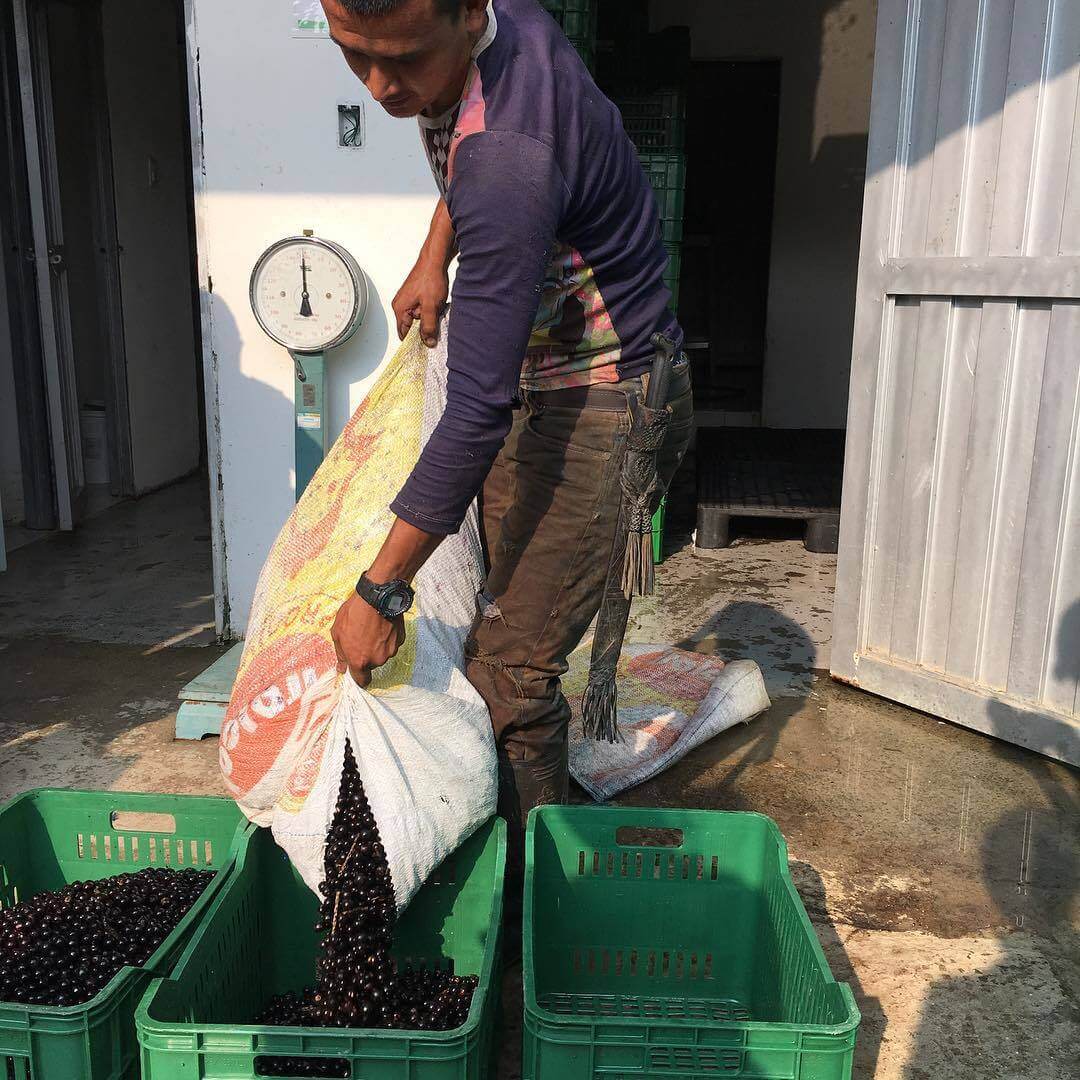 With the signing of Peace Accords in early 2016, Colombia is emerging from a civil war that lasted over 50 years and left 1/3 of the country cut off from the central government.  As a result, many of the rural areas that were once under Fuerzas Armadas Revolucionarias de Colombia (FARC) control suffer from a lack of economic development and a dependency on the cultivation and sale of illicit crops, such as coca. One of the key challenges of the Peace Accords is to provide support and assistance for illicit crop substitution.

Colombia’s Putumayo region is one of the highest coca producing areas in the world, perpetuating a history of conflict, forced eradication, and poverty. Numerous forced eradication efforts have been undertaken by both the Colombia and US governments, yet despite these efforts, coca cultivation and production continues to climb.

After the peace accords, many farmers in Putumayo volunteered to transition to legal crops, hoping to create a peaceful, safe, and prosperous community for their families. Farmers who have signed up to grow legal crops are willing and eager to work hard to cultivate other crops, if they have someone to sell them to. Previous organizations recommended growing pepper and vanilla shortly before both commodities suffered a crippling price decline. The challenged routes to larger markets make it difficult for farmers to connect with potential customers, determine which crops to grow, and receive technical assistance. Even once the farmers reach a local market, connections to larger markets do not yet exist. Additionally, pledged government support for coca substitution is not yet present in the region.

Our partner, Fundación Ideas Para La Paz (FIP), is a thinktank that has been focused on promoting peace in Colombia for 28 years. FIP aims to understand what drives conflict as well as how to empower Colombians to build a peaceful society. In partnership together, FIP + BOTFL sought to identify crops that farmers would be able to grow on their farms and sell to local and larger markets, creating legal and sustainable incomes that are comparable to coca incomes for farmers and their families. Additionally, farmers must be able to plant the crop and have a sellable product in less than 1 year, and furthermore, the crop needs to be durable to navigate the transportation routes. The team operated under the assumption that the short timeframe was critical because crop harvest and sales are the primary source of income for these families. The more time families do not have an income, the more likely they are to return to illicit crops.

Coca is an easy crop to grow and requires minimal maintenance. Many farmers have “forgotten how to farm” after years of working with the resilient coca shrubs, so the team needed to identify key partners to teach and support farmers as they grow new crops to help ensure successful transitions. Not only is coca easy to grow, the logistics of sales are straightforward as well. Middlemen come to farmers to purchase the coca leaves and transport the leaves to be processed elsewhere. Therefore, a successful alternative must also have transportation routes to access an existing supply chain.

Prior to going in country, the team researched a variety of crops. Fruits, nuts, vegetables, livestock; nothing was out of scope. Through all our research, there was one shiny beacon of hope: Sacha Inchi. Sacha Inchi was easy to grow, had a similar harvest cycle to coca diminishing the learning curve of the farmers, and had growing international demand for foods and cosmetic production. Team Colombia had become Team Sacha Inchi.

Working with our confidence in Sacha Inchi, the team spent the first week in Bogota meeting with companies, government groups, and associations representing legal crops, such as coffee and palm oil. During this time, Team Colombia was looking for large scale buyers, financial backers, and advocates to represent the farmers in Putumayo. Criss-crossing Bogota, the team soon realized they were spreading awareness of Sacha Inchi and attempting to raise support for transitioning farmers. After an informal poll of everyone we interacted with and several “Can you translate that to Spanish?” requests, the team started to worry about identifying buyers for domestic consumption. As we learned more about the requirements and certifications needed to start exporting Sacha Inchi, we realized that the international market was out of reach until a domestic market could be created.

After 5 days in Bogota, the team traveled to the department of Putumayo, staying in Puerto Asis (population 70 thousand), to meet with former coca farmers and walk in their footsteps. We met with a variety of farmers who were growing Sacha Inchi, Cacao, Acai, and managing bees. The team’s observations of the number of farmers who had already switched Sacha Inchi and were now struggling to sell any of their yields motivated the team even more to find a feasible solution. First hand experiences highlighted the challenging transportation farmers grappled with daily.  Jungle hikes, river boats, and unpaved roads stood between farms and local markets, let alone larger markets. The team also met with the customers of the local farmers. We found store owners buying vegetables, chickens and fish; but no one was buying Sacha Inchi.

These interactions also taught the team that the crops didn’t need to be as profitable as illicit crops; the peace of mind and security that accompanies legal crops would prove to be more important.

“We don’t want anything given to us, we just want someone to buy what we’re growing.”

The turning point for the team took place half way through the week in Putumayo. After two months of online research and nearly two weeks of field work, the team was still unable to identify a stable, mature market for Sacha Inchi. We saw Sacha Inchi crops rotting on vines, Sacha Inchi fields that had dried up, and a processing facility operating at 10% after 15 years of trying to grow; Sacha Inchi didn’t have a market. We could not find anyone to buy Sacha Inchi and needed to find another set of options. We decided a portfolio of other crops might become an effective and reliable option for farmers. Team Colombia transitioned from Sacha Inchi advocates to Cacao, Palmito, and Acai advocates.

After working to thoroughly understand the dynamics of Putumayo’s market, the team had 3 key recommendations for FIP:

FIP remains dedicated to reducing coca growth in Putumayo and is using the Sacha Inchi failure case to develop better transition plans moving forward. They are also looking to work with accomplished partners who can help them work directly with farmers as well as connect the farmers to buyers.