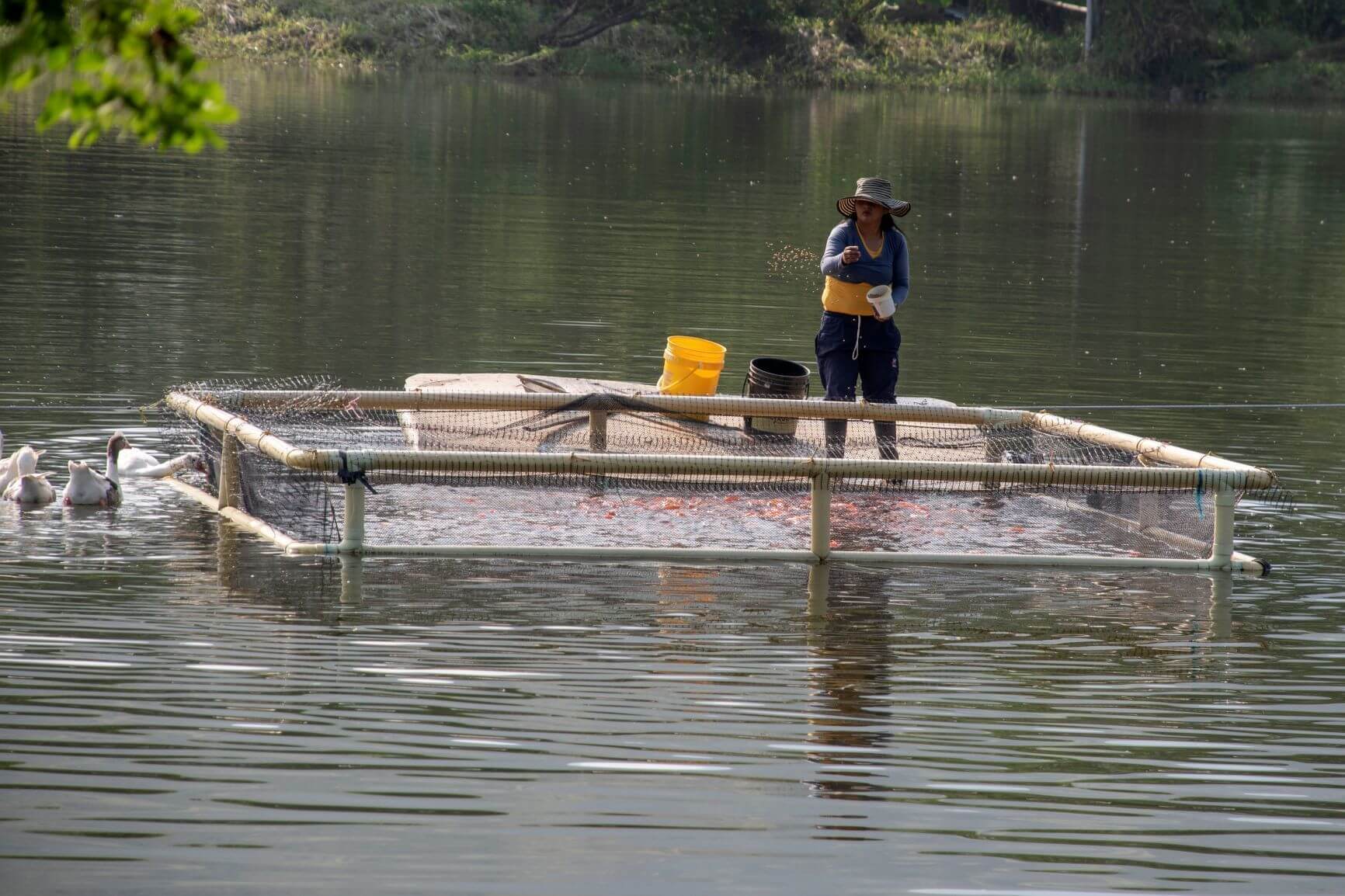 Colombia’s 50+ year conflict left deep wounds in the countryside and a legacy of mistrust, illicit crop cultivation, illegal activities, and nefarious actors. In the territories controlled by the FARC, paramilitaries or narcotraffickers any social fabric previously created by the communities was destroyed. For many, the only chance to survive was the adoption of, and ultimately the dependence on coca production.

Over the last 20 years, more than 2 billion dollars were spent on an eradication effort named Plan Colombia that included aerial fumigation and forced manual eradication. However, none of those efforts addressed the underlying problems that resulted in the dependence on coca production and as a result were ineffective methods of illicit crop reduction. Colombia’s newest illicit crop reduction program, PNIS, was created in the 2016 Peace Accords and provides compensation for the voluntary abandonment of coca. It is important to note that the “eradication first, alternative livelihoods second” approach to illicit crop reduction has never been successful when it has been adopted in other crop eradication efforts around the world. In fact, during the first two years of the PNIS program, coca production increased by almost 16%, even though the program has approximately 1.3 billion dollars in funding.

What was the Problem?

Our partner, Paz Sostenible para Colombia (PASO Colombia) is a non-governmental, non-profit organization established in 2015 under the parent NGO, One Earth Future. Up until recently, PASO Colombia focused on the economic and social reintegration of ex-FARC combatants through their 20 innovative Rural Alternative Schools (ERAs), which emphasize building profitable, rural, and communal small businesses to commercialize existing agricultural products.

After receiving 2 million USD in funding from multinational partners, PASO created the Coca Reduction Program (CRP) which is an innovative approach to illicit crop reduction. Mirroring the success of the ERA program, CRP prioritizes alternative livelihood creation for coca growers so that they can feel financially secure enough to abandon coca production.

In addition to being costly and ineffective, past coca reduction programs have not actually addressed the underlying problem - the huge percentage of the population that has been left out of the “market.” As a result, even if campesinos were to produce high-quality, legal crops, they are still unable to sell them because these populations have been excluded from the system. CRP is inspired by this understanding of the root causes of coca production, and unlike other programs, actively creates economic alternatives to illicit crops so that campesinos do not have to return to coca production.

Prior to our work in Colombia, the team spent two months learning about PASO via weekly calls and conducted extensive research on best practices from illicit crop reduction programs, best practices regarding reintegration, and technologies that might be useful for a rapidly expanding organization. Our pre-country work led us to this hypothesis: PASO’s successful Cash For Work program can be scaled from 2,000 to 20,000 participants by continuing to emphasize economic development, identifying processes that can be streamlined, adopting technological solutions and by expanding first within areas already served by ERAs and then into new regions. This hypothesis of course was disproved shortly after we arrived in Colombia!

With three members of the team fluent in Spanish, the team divided into two sub-teams during our first week in country, with one team trekking into the Amazonian landscape of Putumayo and the other going to Tuluá, El Dovio and Bolívar, in Valle del Cauca. The team divided to be able to observe as many CRP locations as possible and better understand how PASO adapts their programming based on the nation’s varying geography and the needs of each individual community. The end of our first week saw us come back together as a team to welcome Mendoza’s Dean, Martjin Cremmers, to Cali, Colombia. During the Dean’s two-day visit, we observed and met with several additional CRP and ERA locations as well as several institutional partners of PASO, such as representatives of the Mission of Verification of the United Nations, the Mayor of Dagua, and representatives of the PNIS program. During our second week, after the Dean’s departure, the team focused on examining some of PASO’s backend processes, met other market actors like the market operator Cavasa in Cali, and finished with a visit to the ERA in Buenaventura, where ex-combatants are working to build a sustainable fish business.

In our first week, we learned the tremendous importance of territorial and localized solutions and why previous attempts to reduce coca had been unsuccessful and so damaging for the populations depending on it. Colombia is an incredibly diverse country, both in terms of geography, cultures, and challenges. In the department of Putumayo, dense jungle and winding rivers physically isolate the region from most of the country. In Miranda, the war was particularly devastating and is still active in some areas. To the north, in Tibu, refugees from Venezuela are pouring into Colombia, putting strain on the country’s ability to deliver adequate assistance. There is not one solution that will solve these problems. Colombia is a country that screams for solutions that are designed to fit each community.

One of the greatest insights we took from our trip was the power of the community and the hope created by the prospect of tangible economic alternatives. The training given by PASO sparked enormous optimism within participants of the program in El Dovio and Bolívar who started to see themselves as human beings and started to dream about future possibilities for them, their families and their community. In the words of a participant in Bolívar, “PASO treats us as human beings, and for a long time, no one had done that.”

We learned that there is incredible value in allowing the participants to take ownership of the planning and execution of their own development, even if the projects do not make sense economically. With this “learning by doing” ethos, participants gain the confidence and skills to move forward on their own feet. A participant from El Dovio realized the value of PASO’s CRP program beyond just the monetary payments: “After this program, we are not only sure we can do a campesino market, but we are taking the steps to reach bigger markets, such as the one in Cali. The payments help but what we really need is the support and training from PASO”. The hope in the eyes of these women is not quantifiable, yet it means more to the team than anything else.

Our recommendation needed a clarification of the concept of scalability. Scalability in the pure business sense can be applied to each of the ERAs and CRP programs. They are trying to develop sustainable economic alternatives for the future. Scaling each of these programs means reaching bigger markets and capturing value on the different parts of the value chains. However, from PASO’s point of view, scalability relates to reaching capabilities, i.e., the number of people that PASO can serve at any point in time, rather than the number of people signed up in the CRP program. The reason is simple: PASO’s goal is not to keep participants dependent on the program but being able to provide enough so that they can stand by themselves in the future.

First, we recommended the PASO create a network among the programs to share resources, ideas, and lessons learned. We called this the “network of hope”. The idea is to create a collaborative connection among the different programs – CRP and ERAs – to find synergies and increase the impact of these programs in both the economic and peacebuilding arenas. The form in which this collaboration takes place will depend on the individual characteristics, decision-making processes, geographic location, legal restrictions, and type of activities of each program. The idea is not the actual formal or informal structure, but the network created among all the different programs.

Second, the team recommended scaling PASO’s Cash for Work program using a two phased approach. Their budgetary and personnel restraints necessitate a scaling solution that efficiently use both. The first phase is operated exactly like their pilot program with an emphasis on growing participation in locations that are already served by PASO. Our time in country revealed that there are more than enough participants located in the communities around PASO’s existing ERA and CRP programs, and growing those locations leverages the relationships and trust that PASO has worked hard to cultivate. The second phase of the program allows participants to remain involved in the CRP programming, but without receiving cash payments. Many of the participants revealed to us that the payments are not the reason they participate in CRP. The biggest value for them is the training and sense of community that they receive from PASO and its partner organizations.

In addition to our scaling recommendation, we identified critical aspects of the back office functions that will require adjustments in order to handle scaling the program. In particular, the verification of the participants’ work is an extremely manual process that is required before payments can be issued. Spreading out the work and adopting an outcomes-based approach will alleviate this burden and allow for scaling.