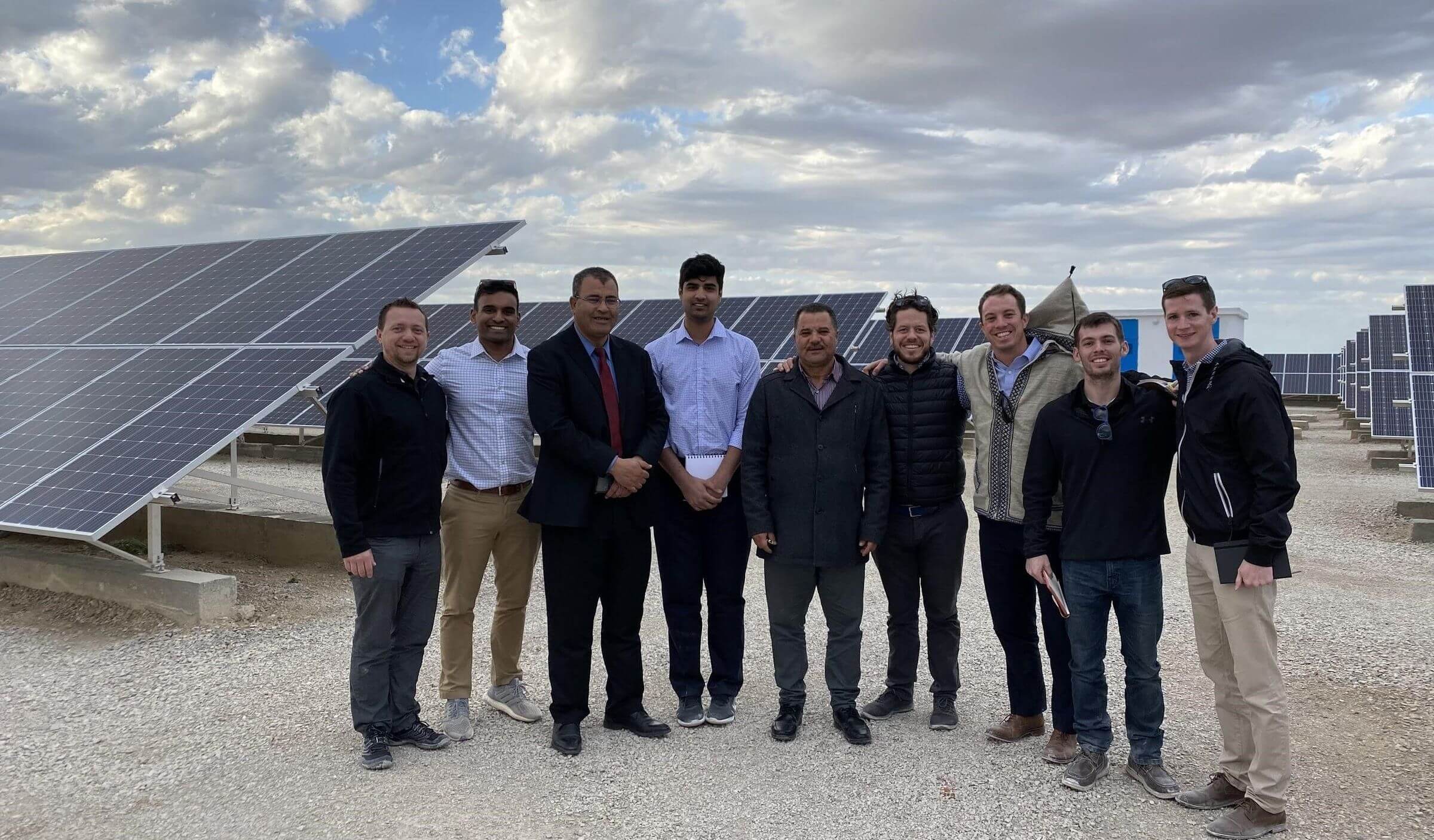 The forward-looking mindset of Tunisian people was historically overshadowed amidst widespread poverty, corruption, and political repression until the Jasmine Revolution in 2011 provided hope. Tunisia’s successful protests for increased civil liberties provided a spark throughout areas in North Africa and the Middle East, and today’s Tunisia is known as the origin of the Arab Spring. Post-revolution, Tunisia is an emerging market that provides an inspiring example proving Islam and democracy can coexist. The country’s entrepreneurial spirit can be seen in its deregulation of electricity production replacing its pre-existing monopoly with the Tunisian Company of Electricity and Gas (STEG). Tunisia has one of the most favorable geographies for renewable energy in the world and views renewable projects as an opportunity to decrease the country’s energy deficit while fostering economic development. Tunisia’s ambition to welcome foreign investment in sustainable energy solutions provides a gateway to the North Africa renewable energy market, and increased foreign partnerships will help contribute to the stability of the country’s budding democracy.

Although today’s Tunisia has very little renewable energy production, the Government of Tunisia seeks to have 30% of domestic electricity production from renewable sources by 2030 with most of the investment coming from the private sector. To reach this goal, the government announced privatization of wind and solar projects across three different regimes. Private companies can compete for larger-scale projects in the concession regime or smaller scale projects in the authorization regime. Additionally, businesses can implement an auto-consumption solution to reduce energy costs and sell excess production back to the national grid.

Despite deregulation of electricity production, Tunisia still faces many challenges regarding the privatization of projects. The country depends heavily on foreign investment for larger scale projects and is working to develop a more efficient approach to awarding bids. Business on the Frontlines partnered with Apenco, a private Tunisian power and engineering company, to develop its strategy to best capitalize on renewable energy opportunities in Tunisia’s relatively uncertain energy environment. Apenco’s core challenge was determining which regimes make the most financial sense for its future operations.

Prior to our experience in Tunisia, our team focused on better understanding the renewable energy regimes and what makes Tunisia an attractive market for foreign investors. We also held frequent calls with our partners to learn about their operations and capabilities. After extensive research, we developed an initial hypothesis that Apenco should develop solar plants in the auto-consumption regime for industrial and commercial firms throughout Tunisia. This strategy would help Apenco to maximize and capture value from site development, construction, operation, and maintenance of the facilities.

Our team began in-country research in southern Tunisia by travelling through the Sahara Desert en route to solar sites in Tataouine and Tozeur. After a police and commando escort through a Tunisian military base and sleeping in a cave hotel, our team journeyed to Sfax to visit the Abdennadher Group’s flagship ceramics company, Apenco’s recently awarded 10 MW solar site, and local businesses that utilize auto-consumption electricity solutions. Following our research in Sfax, the team travelled north through the Atlas Mountains towards the Mediterranean city of Tunis. We conducted key meetings with the Ministry of Energy, the Ministry of Investment and International Cooperation, economic specialists at the U.S. Embassy, a wind farm in Bizerte, and STEG. Our in-country experience provided clarity regarding the future direction of renewable energy projects in Tunisia.

Throughout our in-country meetings, the team discovered that Tunisia is moving away from smaller-scale projects in the authorization regime and toward larger-scale concession projects. However, the Tunisian government explained that, in the near term, most bid winners for concession projects would be foreign developers. This presented a challenge because Apenco was a relatively new player in the renewable energy market. Our team saw a need for Apenco to gain more experience before winning large concession bids over more established foreign developers.

After compiling revenue and cost information, the team created a financial model indicating expected profits for different size projects across the three regimes. Based on discussions with our partner, it was very clear that Apenco’s vision was to compete for larger-scale concession projects in the future -- however, our profitability analysis showed tremendous upside potential in the auto-consumption regime.

Additionally, while in-country, the Government of Tunisia announced a new decree allowing private companies to sell excess electricity from auto-consumption generation to other private companies through private power purchase agreements. Apenco could greatly benefit from the new decree because it is a subsidiary of the industrial manufacturing conglomerate, Abdennadher Group, which is a large energy consumer.

Our team made recommendations across two fronts. First, we recommended that Apenco use its current 10 MW project, Solar Thyna, to leverage relationships with financing and EPC firms toward future projects. Success with Solar Thyna will help establish the credibility necessary to compete for larger-scale projects in the future. Our team also recommended that Apenco capture value by serving as a developer for auto-consumption projects to commercial and industrial firms. Abdennadher Group’s subsidiaries can serve as its first clients for auto-consumption implementation, which will provide Apenco with the necessary experience to be seen as a preferred partner for future projects. To assist in establishing the relationships necessary to achieve this vision, our team provided Apenco with a pitch deck to communicate the company’s value proposition to potential development partners. Our team has also created a shortlist of American EPC firms with operations in Africa that we see as prospective strategic partners for Apenco.