Brazil - Sustainable business development in the Amazon with Acai 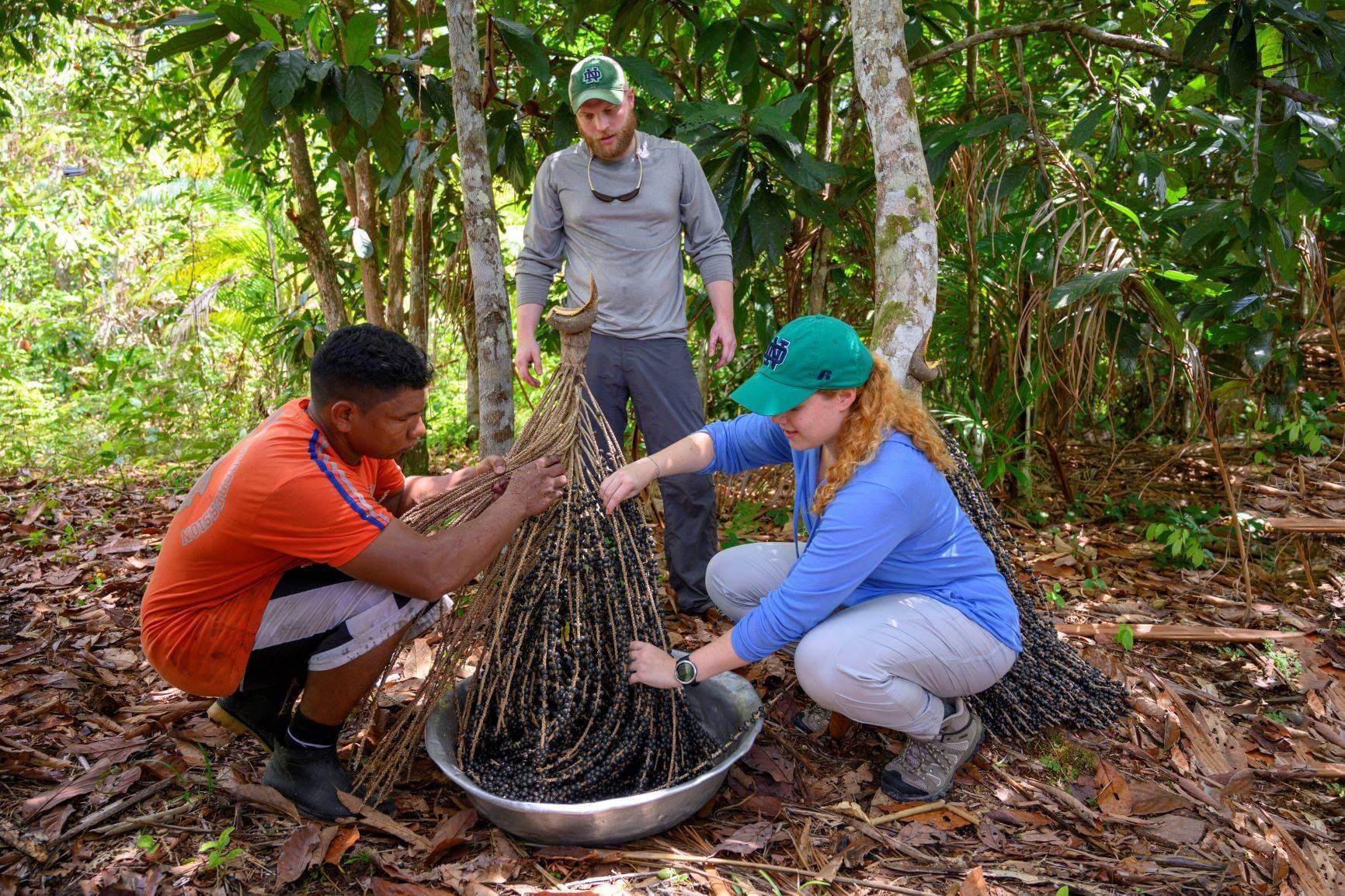 Açaí -a purple-colored fruit native to the Brazilian Amazon-, is one of the most important products of national vegetal extraction in Brazil and has traditionally been consumed by communities across the country. Since the late 1990s, the commercialization of açaí pulp has become an important source of income for riverside communities in northern Brazil.

Since 2010, the Foundation for Amazonas Sustainability (FAS) has supported communities in the Amazonas state in the enhancement of the açaí production chain. During this time, communities have received direct investments, with emphasis on actions that support production, storage, and commercialization of açaí (acquisition of VHF radios, processing machines, processing units, and energy generators).

Despite improvements in the supply chain, local riverside communities continue to face numerous challenges in the processing and commercialization of açaí. Challenges for these communities include lack of processing units, power shortages, high dependency on middlemen, and high transportation costs.

For this project specifically, we looked into the current issues facing the extraction and sale of açaí berries located in three protected reserves in the Amazonas State, Juma, Rio Madeira, and Rio Amapa.

We found out that the current extraction and sale of açaí in the river communities is being heavily reliant on middlemen who capture large shares of total value. Given the distant location of the communities and açaí’s perishability, local açaí extractivists sell their berries to middlemen at below-market prices. Communities also process and sell açaí pulp, yet there is limited processing capacity within the communities, not to mention the lack of constant electricity.

We explored different options for overcoming the bottlenecks in the açaí value chain and increasing the profit of local producers. Special attention was given to exploring opportunities for the river communities to participate in alternative value chains in order to capture more value and earn higher income per kilogram of berries.

With FAS’ support, the first thing we did was map the açaí supply chain and the communities current practices in order to understand who was capturing the value. Alongside, we also did research on the challenges faced by these communities when processing and selling açaí. Very early in the process we realized that one of the major challenges was transportation, as the communities are very distant from market cities and açaí berries dry out in ~30 hours. This made communities highly reliant in middlemen. In fact, we found out that that middlemend were capturing nearly 3 times the amount of value as our community extractavists. We thought this could be achieved either by finding efficient ways for extractivists to transport their  berries to large markets, or by increasing the communities processing capacity so that they could transport and sell pulp instead of berries.

During the interterm week we then explored both options. To assess the viability of building the processing plant, we performed an economic analysis and interviewed  (via Whatsapp) with owners of açaí processing factories in Manaus and potential buyers of açaí pulp. We discovered the processing plant was not going to be an option both because it was not economically viable, and also because -due to health and sanitation concerns- large buyers prefer to buy berries and process their own pulp.

With this in mind, we moved on to our other option: selling berries to large buyers. We mapped and contacted several potential buyers of açaí. At the end, we identified two corporate buyers interested in engaging in partnership with the communities. In later conversation with FAS, we became aware that a local cooperative in the municipality of Manicore could also be a potential buyer of berries.

Early on in the project, it seemed that constructing a processing plant in one or more of the RDSs would be the best way to move the açaí harvesters up the value chain. This idea seemed like a logical way to create more value for the communities we were serving, and was also suggested by FAS.

However, after conducting extensive research and making some assumptions, we came to the conclusion that building a processing plant would not be economically viable due to the relatively small quantities of açaí produced in the communities. Additionally, we identified a plethora of risks to this option and learned that a large majority of small factories constructed fail soon after opening.

Based on these conclusions, we had to switch our focus to our other ideas, which seemed like smaller wins originally, but ultimately were much more realistic options that we still believe will create value.

We settled on a staged set of recommendations that will help guide the communities through the fairly complicated process of obtaining more value for their açaí harvest. First off, we recommended that the RDSs organize into numerous small-scale co-ops. This initial stage will allow the RDSs to better integrate into the supply chains of large buyers and will help ease some of the logistical issues associated with transportation. Next, we recommended the communities utilize a prescribed set of tactics to help improve the quality and quantity of their harvest. We outlined the specifics of this process in our final memo, and our team agreed that this step would make all other steps more viable and would help the overall profitability of the harvest. After these two initial steps are put in place, we then recommended that the RDSs move forward the relationships that our team formed with some large buyers of açaí in the region. This step is ultimately where we anticipated the most value being created, as these large buyers can buy large amounts of açaí and may also be able to assist the communities in the initial two recommendations.

Further down the road, we suggested that the communities scale their level of extraction and increase the total amount of families participating in the açaí harvest. Once there is more total production in the region, we also mention the possibility of revisiting the idea of purchasing processing equipment. The current economics showed clearly that building a processing plant in the region did not make sense currently, but we wanted to keep the option alive in hopes that the region sees a boom in production in the coming years.