Honduras - Designing a Strategy for Economic and Societal Impact 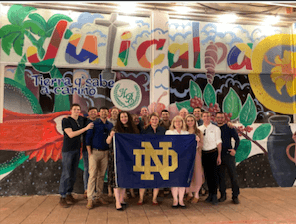 Mass migration is the biggest problem Honduras is faced with today. On an average, every day there are 300 Honduran nationals fleeing away from the country with the dream of a better life elsewhere. The economy of the country is heavily dependent on remittance which has brought about a socio-economic divide within the community. This has made immigration a success factor for all young Hondurans aspiring to make a successful livelihood for themselves. Despite advantages of geographic placement and low labor cost, the country has not been able to make a mark for itself as either a logistics hub or a manufacturing/processing powerhouse.

What is the problem?

While emigration seems to be the biggest apparent problem, the country is plagued with several other issues that compel people to migrate out. There are an estimated 40,000 active gang members in Honduras, with some of the most prominent being the MS-13 and 18th Street gangs. Gangs commit a wide variety of crimes, ranging from petty theft, selling drugs, and extortion to murder. Honduras has one of the highest homicide rates in the world, with a rate of 44.7 people murdered per every 100,000 in 2019. It is especially dangerous for young men and women; young boys have a one in nine chance of being murdered in their lifetime, and Honduras has the fifth highest rate of violence against women in the world. Additionally, it has been estimated that $11.5B USD worth of cocaine (4% of global shipments) passed through Honduras by land or sea in 2019.

The country is struggling to get out of the bad governance trap that has held back many attempts in manufacturing and processing industries for a number of years now. Despite integration initiatives and resurgence in the apparel industry in the recent past, the country hasn’t seen much change. Though there are companies that want to bring about a change, national infrastructure is insufficient to handle the load of these industries. Coffee, the biggest produce in the country and the most valued export commodity, can not bring larger revenue because the government is unable to provide continuous electricity for processing units. Same is the case with all commodities produced across the country.

The bigger problem we observed was with a dichotomy between how to train the young Honduran workforce and make them stay at home. Today, most of the children in Honduras study in a bilingual school where the primary medium of instruction is English. Getting educated in English opens doors for children to study elsewhere and eventually settle down outside Honduras. Despite the higher cost of education, even middle and lower income families send their children to bilingual schools with a hope that someday their children will go to better places and be able to enjoy a better life. Getting bilingual proficiency and emigrating has become the biggest socio-cultural issue in Honduras in the past few years. Amidst this situation, non-profit organizations like our partner Olancho Aid Foundation (OAF) are trying to identify new avenues of training and retaining these kids at home.

We started our project by having weekly calls with OAF, gathering information about Honduras (and more specifically, Olancho), obtaining an understanding of the economic conditions of the region and market possibilities, and researching the requirements for targeted grants (e.g., USAID). Simultaneously, we began reviewing outside educational materials to help inform our approach to working with a partner in a new country.

We designed an extensive strategy workshop consisting of multiple exercises and started working on it even before leaving for Honduras. While in Honduras, our team focused on synthesizing the SWOT analysis submissions that OAF employees had submitted. In the meantime, we also started digging into the financials of the organization and found many new observations that previously had not come out in the discussions with the team. Our external research on the macroeconomic environment coupled with the learning from the strategy exercise gave us the direction of work.

Things change when we arrived in Juticalpa. During our discussions with the locals and the field staff of OAF, we realized just how critical of an inflection point the organization was in. Not only was the organization undergoing financial stress, but it was experiencing an identity crisis. Our team had to focus on this before doing anything else. We dug deeper into the organization’s local relationships and assets. Despite having invested so much in the infrastructure development of the region, the organization had no asset to show in its name. Moreover, the majority of the community looked at them as a subsidiary arm of the local church. We realized we had to resolve strategic challenges before we could focus on short-term operational considerations.

We developed a strategic plan for the next three years for OAF. We identified 14 different goals and came up with 50 ideas and KPIs for each. Our primary recommendations focused on five central themes:

We envision OAF will continue to be a strong force for good in Olancho as well as the larger Honduran community.