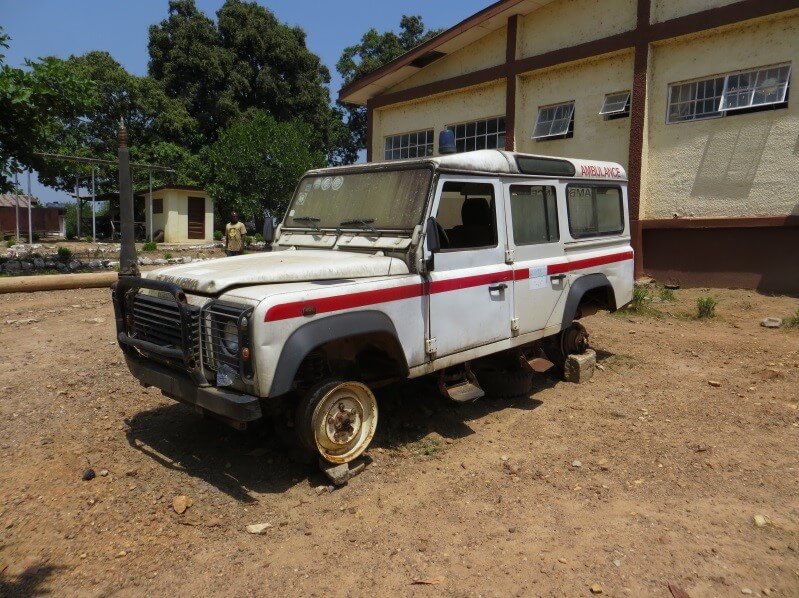 "I was privileged to meet many selfless people that inspired me to take a second (and third) look at myself and my role in service. The more I learned about the ever-complicated world around me, the more, I realized, there was still to learn about the role I can play in it. Today, as I balance the fluctuating demands of life, I think about my time in Sierra Leone. It has put my relatively comfortable life and the importance of family, friends, service, and work in perspective. Business on the Frontlines has been one of the true blessings in my life because it has changed the way I understand the world. It allowed me to see the world in the context of compassionate, ceaseless service firsthand."

Between 1991 and 2002, Sierra Leone suffered a fierce civil war, primarily between the Revolutionary United Front (RUF) and the national government. During this lost decade of violence, the country was wracked by multiple coups, resulting in continuing conflict, power struggles and extreme poverty. Ultimately, because the United Nations peacekeeping force was unable to disarm the rebel group, the United Kingdom sent its Armed Forces to secure Freetown, the capital, from the rebel group. The President finally declared the 11 year civil war over in January of 2002. The result of the conflict was a country in disarray, without infrastructure, and completely lacking a functioning healthcare system.

An international development organization engaged the BOTFL team to test different approaches to improve the health outcomes of mothers and children in support of the Millennium Development Goals. The organization believed the best way to reduce child and maternal mortality rates was through the integration of the traditional health care system, and in particular Traditional Birth Attendants (TBAs),  into the government’s formalized health care system managed by the government. The organization asked the BOTFL team to test this specific proposal.

The team spent a considerable amount of time visiting healthcare facilities in different areas within Sierra Leone, including a private hospital, a district hospital, and other community medical centers.  They interviewed community and tribal leaders, TBAs, expecting mothers, NGO representatives, government officials, and other community leaders. These interviews offered key insights into the perceptions of the government’s healthcare system and how women interact with this medical system.

Throughout the time spent in country, the team recognized the country is still confronting the scars of civil war.  Despite a decade of peace, multiple observations showed the team just how much the country still suffered from deep poverty and broken systems. To illustrate, upon visiting the district hospital, the team encountered a grim situation. Patients were treated in 2-3 persons per bed. The chief medical officer was also the chief accountant and was a self-taught surgeon. The brain drain in the country resulted in few physicians and nurses remaining. Further, the team visited a small village in which the women walked multiple kilometers to fetch water, regardless of pregnancy or not. The remoteness of the village reflected the logistical challenges of integrating women into the formal health system.

In a sobering meeting, the team discussed the challenges facing Sierra Leone’s health system and their observations with the Minister of Health.  In a quiet moment, he recommended that due to the incredible level of poverty, lack of true medical care, and a breakdown in the infrastructure of the country, perhaps the best alternative might be to turn the entire country’s health care system to NGOs who may have superior skills and assets to address such challenges.

Based on their findings, the team recommended numerous areas the partner NGO could assist the women and children of Sierra Leone including: improve coordination of NGOs initiatives within the healthcare space, assist in curriculum development and training for health care workers, assist in capturing data to support proactive health programs, and develop governance and funding approaches for the healthcare system. While the original intent was to test approaches to increase maternal and childhood health was based on both integration of traditional medicine and increasing usage of the formalized healthcare system, the partner had the opportunity to assist in rebuilding the capacity of the healthcare system itself.

Based on their collaboration, and further research completed by the partner, the international NGO adopted health systems strengthening as one of its strategic focus areas, given both its skills and knowledge and the desperate unmet healthcare needs in Sierra Leone and many other countries facing similar challenges.